What counts as a disciplinary removal? 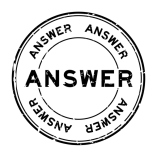 IDEA requires schools to take certain steps when students with disabilities face a disciplinary change of placement. At that point, schools are required to hold a meeting to conduct a Manifestation Determination Review (MDR). The purpose of the MDR is to determine whether the behavior that the child is being disciplined for is caused by, or substantially related to their disability. If it is, the child returns to their current educational placement, a Functional Behavior Assessment is conducted, and a Positive Behavior Support Plan is either developed or revised.

Sometimes, the disciplinary change of placement is very clear. A decision was made to move the student to an alternative school, give them a long-term suspension, or restrict them to homebound services.

An unofficial change of placement occurs when students have missed more than 10 days of school due to disciplinary removals. Most schools do a good job of documenting out-of-school suspensions. However, many schools do not keep an accurate count of the days when students are sent home early, given in-school suspension (ISS), or forced to sit in someone’s office for hours at a time because of their behavior. In each of these situations, students are removed from their normal educational placement for disciplinary reasons. When these shorter removals happen again and again, they can eventually add up to a disciplinary change of placement.

Parents should keep track of the number of times that they are called to pick up their child from school early because of behavior. Be sure to note the time of day. Ask your child to tell you when they are sent to the office or ISS. When the total removal time reaches the equivalent of more than 10 days, ask for a Manifestation Determination Review.

The MDR requirement exists so that students are not repeatedly punished for having a disability. Instead, schools are supposed to look for better ways to support each student and help them develop the skills needed to function more successfully. Learning appropriate ways to get needs met is critical to long-term success in school and in life. Frequent undocumented removals also cause students to miss valuable instructional time, which places them at an increased risk of falling behind academically.

Poor record keeping is not an excuse to deny students the behavioral support and instruction that many of them need to receive a free appropriate public education.

“School Safety” and Students with Disabilities

Columbine, Newtown and now Parkland. We knew this would happen… again.  The tragic shooting at the high school in Parkland, Florida was bound to trigger heightened sensitivity to anyone and anything that seems to be even remotely threatening.  While we should all be thinking about what can be done to keep our schools safe, we have to be careful that we do not react in a way that produces, rather than prevents, harm to students.

Some students with disabilities are at particular risk of becoming victims of hyper-vigilant policies and practices.  Recently, a distressed parent called because her son’s school was planning to conduct a “threat assessment” on her son after he drew pictures of guns during class.  My guess is that this was not a new behavior for that child, but it was now considered to be a potential threat after being viewed through post-Parkland “school safety” lenses.  This child had been diagnosed with an Autism Spectrum Disorder (ASD) and the parent was (rightfully) worried about what he might say when questioned by the school’s guidance counselor and principal.  There are several things about that situation that raise questions, but I will approach the topic at hand with recommendations rather than criticism.

The very first thing to do is talk to your children about school safety concerns and how the behavior of individuals can be seen as a sign of problems or threats.  We want them to recognize danger when they see it. We also want them to avoid doing things that others may see as dangerous. Even if the child does not fully understand why someone would consider their comment, joke, writings or drawings to be threatening, you have to give them specific examples of behavior to avoid.  Mention or representations of guns, knives, bombs, explosions, killing, etc., are topics to be avoided just about every place except home.  Even if the child is studying a particular time of war in a history class, they should limit their comments to the specific questions being asked. For example: DO NOT speculate about what could have happened if the good guys had a super hand-held weapon that could wipe out hundreds of people with the press of a button).  We can encourage other forms of imagination, as well as broader interests for those children who seem preoccupied by violent themes.

If you have a child that likes to carry or use a pocket knife, sticks, rocks or anything else that could be considered to be a weapon, check their pockets and backpacks frequently to make sure that they don’t accidentally or intentionally end up bringing something to school that will get them in trouble.  Keep in mind, when weapons, drugs or serious bodily injury are involved in a disciplinary situation, a student can be moved into an interim alternative educational setting even when the behavior is found to be a manifestation of the child’s disability!  Such removal is not required though, and school administrators have the authority to look at each incident on a case-by-case basis. You may need to remind them of that.

Be proactive! Review your school system’s Code of Conduct and disciplinary/school safety policies.  If you see glaring problems with the policies, address them with your School Board. If the policies include the possibility of a required “threat assessment”, make sure that the assessment must be done by qualified individuals with expertise in mental health and any identified disabilities that a child may have. Even if your school system’s policy does not clearly state such a requirement, you should raise the issue if your child becomes involved in this type of situation.  Some disabilities can impact the child’s ability to truly understand the questions that will be asked during this type of assessment, and how his answers might be interpreted by others.  The disability may also have contributed to the behavior itself.

Those making decisions about how to respond to a potential threat should have enough knowledge and experience to understand all of the factors involved, and take actions that are appropriate to each specific situation.  One-size-fits-all does not work for special education, and it also does not work for discipline or school safety!

Comments Off on “School Safety” and Students with Disabilities